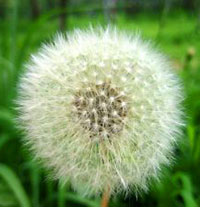 Coed Nant Byr is also know as Coed Talon Woods and there is a footpath that leads off Ffordd Corwen by the side of the old Coed Talon in. The path then winds up throught the woods and then across a field and another shorter footpath onto Ffordd y Bont (also known as Push-on) at the top of the hill.

Two broad-leaved woodlands following streams between which are herb rich semi-improved neutral and marshy grasslands. The dingle wood in the northern area of the site by Coed Talon is dominated by ash with sycamore, oak, alder and birch.

Holly, rowan, and hazel are abundant in the shrub layer with some guelder rose.  The ground flora is diverse with frequent yellow archangel, woodruff, bluebell, bramble and ferns.  Broad-leaved helleborine is present. The northern spur of this woodland is dominated by alder and hazel with tufted hair-grass dominant in the ground layer as it is grazed.

The four sloping fields are herb-rich and dominated by sweet vernal grass, common bent, Yorkshire fog, crested dog’s-tail, ribwort plantain, black knapweed and cat’s ear with yellow rattle, devil’s-bit scabious, common spotted orchid and lousewort. Each field is surrounded by hedges.  The marshy grassland at the edge of the wood is dominated by sharp-flowered rush with lesser spearwort and greater birds-foot trefoil.  The southern wood lies in the steep sided valley of the Byr Brook.

In late Spring there are lots of bluebells and wildflowers. Bluebells are a protected species and you would need a special licence from CCW (Countryside Council for Wales to move them) and it is illegal to pick them, you could get fined.